Generally, a contractor is required to perform its work per the applicable contract documents, drawings, and specifications.1 However, substantial legal precedent exists in the U.S. for contractors to recover increased costs caused by defective specifications and drawings provided by the owner.

The landmark case for this issue is called Spearin. Other courts and boards have extended Spearin to include methods of production, latent errors and ambiguities, omission of vital information, and exculpatory clauses limiting the contractor’s time to make a claim as a result of the owner’s revisions to drawings. These topics are discussed below. This is the second post in a seven-part series that discusses defective and deficient contract document claims.

The Spearin Doctrine
When a contractor incurs damages because of problems with an owner’s specifications and drawings, the contractor can usually base its request for an equitable contract adjustment on entitlement supported by the Spearin Doctrine.2 Spearin was a contractor that contracted with the U.S. government to build a dry dock at the Brooklyn Navy Yard. The government provided plans requiring the relocation of a six‑foot storm sewer, including dimensions, materials of construction, and the new location of the rebuilt sewer. Spearin fully complied with the specifications.

However, a nearby seven-foot sewer was blocked by a dam that prevented water from backing up into that sewer, which the government then requested that Spearin remove. Before completion of the dry dock, the six‑foot sewer installed by Spearin broke and flooded the site due to high tides, heavy rains, and water pressure. A later investigation found that the six-foot sewer broke because the design did not consider the dam in the seven-foot sewer. The government refused to pay for the damages, and Spearin sued.

The Supreme Court in Spearin said,

Where one agrees to do, for a fixed sum, a thing possible to be performed, he will not be excused or become entitled to additional compensation, because unforeseen difficulties are encountered. Thus one who undertakes to erect a structure upon a particular site, assumes ordinarily the risk of subsidence of the soil. But if the contractor is bound to build according to plans and specifications prepared by the owner, the contractor will not be responsible for the consequences of defects in the plans and specifications. This responsibility of the owner is not overcome by the usual clauses requiring builders to visit the site, to check the plans, and to inform themselves of the requirements of the work. In the case at bar…the insertion of the articles prescribing the character, dimensions and location of the sewer imported a warranty that, if the specifications were complied with, the sewer would be adequate [Emphasis added].3

In most cases, courts, boards, and arbitration panels have relied on the implied warranty established by this landmark case to find in the contractor’s favor4 and do not depend on the owner’s negligence.5 Depending on the terms of the design contract, the owner may have recourse against the architect or engineer for recovery of damages that it pays to the contractor. Also, a general contractor may have liability to a subcontractor for the inadequacy of the plans and specifications even if the general contractor did not participate in their preparation and did not represent to the subcontractor that it had special knowledge.6

Competitive bidding supports the rationale of the Spearin Doctrine because of time pressure and the provision of the lowest price for the requirements specified in the plans and specifications.7 These factors may also be present in varying degrees in contracts awarded in other ways.

In addition to its increased direct costs, recovery based on Spearin is also generally allowed for delays under the contract’s changes clause,8 and the contractor is normally entitled to profits on its additional expenses.

Other Support for Spearin’s Principles
Over the years, legal scholars have supported the findings in Spearin. Professor Corbin explains:

In his treatise on contract law, Professor Williston states:

If the owner through his architect or engineer may properly be regarded as having superior expert knowledge, and on the basis of such knowledge to have represented to the builder the feasibility of carrying out the owner’s plans, the latter must be held responsible for the consequences of any defects or omissions in them.

In ordinary cases, perhaps, the builder may be supposed to have sufficient knowledge of what is feasible to make unfounded the assumption of justifiable reliance by him on the superior knowledge of another.

However, where the work in question involves technical engineering skill, and the plans are made by professional technicians or experts engaged by the owner, there seems to be every good reason for implying a warranty.10

State courts have also upheld the owner’s implied warranty of the plans and specifications:

…the act of the owner in furnishing the plans and specifications amounts to a warrant of their fitness and that, where one party furnishes specifications and plans for a contractor to follow in a construction job, he thereby impliedly warrants their sufficiency for the purposes implicit therein and whether the builder has been damaged in proceeding with the work in reliance on such an implied warranty or whether he was damaged in relying on the warranty in making his bid, he may recover.11

Application of Spearin May Be Limited
Some states have limited Spearin’s application to government projects, not applying it in cases where a private entity provides the specifications.12 For example, according to Texas law, an owner that furnishes a prime contractor plans and specifications is not a guarantor of their sufficiency unless it is indicated in a contract. Although contractual language can be drafted to insulate the owner from the existence of design errors, when the contract is silent, Texas law contravenes the Spearin Doctrine.13

The court rejected the contractor’s argument and found that the mere identification of a product or manufacturer does not create a design specification, particularly when there is a substitution of “an approved equal” window, the specification is “performance” in nature and, as a result, the owner carries no implied warranty.16 Some courts have held that the contractor’s submission of an alternative to the specified material creates a warranty by the contractor that the substitute materials and products are “equal to or superior in all respects to that specified.”17

4    See, e.g., White v. Edsall Constr. Co., 296 F.3d 1081 (Fed. Cir. 2002) (providing that the Spearin Doctrine governed action and the contractor was entitled to additional costs incurred to produce satisfactory result where the government provided design specifications, thereby bearing risk of design flaw); Edward E. Gillen Co. v. City of Lake Forest, 3F.3d 192 (7th Cir. 1993) (applying the Spearin Doctrine in the contractor’s suit against the city to recover damages for additional expenses incurred while building offshore breakwaters for a municipal marina); Frank Briscoe Co. v. Clark Cnty., 857 F.2d 606, 611–13 (9th Cir. 1988) (recognizing application of the Spearin Doctrine in reviewing appropriateness of jury instruction); Bradford Builders, Inc. v. Sears, Roebuck & Co., 270 F.2d 649, 654–55 (5th Cir. 1959) (holding the Spearin Doctrine prevents jury instruction permitting the general contractor to disclaim responsibility where the subcontractor followed the “plot plan” without deviation); Fanning & Doorley Constr. Co. v. Geigy Chem. Corp., 305 F. Supp. 650, 671–73 (D.R.I. 1969) (following the Spearin Doctrine in finding the contractor who followed contract plans and specifications for mortar application was not responsible for repairs and had full and complete defense to a delay and abandonment claim); Conner v. Quality Coach, Inc., 750 A.2d 823, 830–31 (Pa. 2000) (stating, in case where the main issue was immunity, that Pennsylvania law mirrored “government specifications defense,” available under federal jurisprudence, that when the government provides plans and specifications that are to be explicitly followed, it warrants that design specifications would produce satisfactory results, thus absolving the contractor from liability for defective specifications); P.T. & L. Constr. Co. v. State, Dep’t of Transp., 531 A.2d 1330, 1335 (N.J. 1987) (providing “The seminal case setting forth the policy is [Spearin]. When the government makes a positive statement of fact about the character of work to be performed, upon which the contractor may reasonably rely, it is binding on the government notwithstanding the inclusion of exculpatory clauses in the contract”); Chaney Bldg. Co. v. Tucson, 716 P.2d 28, 31 (Ariz. 1986) (citing the Spearin Doctrine to support admission of evidence demonstrating delay was caused by inadequate plans). 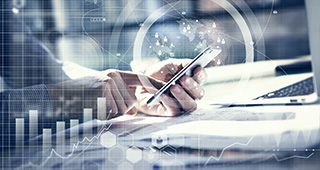